Thunder is good, thunder is impressive; but it is lightning that does the work.

When attending the Summit in person I always try to attend at lest one batch of lightning talks. They are usually given by new speakers which means I can get a new perspective on a topic. The format lends itself to sharing useful information quickly and I have seen more than one lightning talk with more content than some hour long sessions. Here are five lightning talks from the 2021 PASS Data Community Summit that I was able to watch this past week:

END_OF_DOCUMENT_TOKEN_TO_BE_REPLACED

The more I read, the more I learn, the more certain I am that I know nothing.

I had hoped to watch a session a day over the last week, but life gets in the way. Rather than throw my goal away completely I am still attempting to watch a PASS session each day, with a success rate of about 33%. It is still more sessions watched and more new things learned than I would have managed without the goal. Here are reviews of three more sessions from the 2021 Virtual PASS Summit.

END_OF_DOCUMENT_TOKEN_TO_BE_REPLACED

We cannot live only for ourselves. A thousand fibers connect us with our fellow people.

Last week was the PASS Data Community Summit reborn out of the old PASS community (brought back to us by Redgate). I missed the Virtual Summit last year, but I have had to attend the PASS Summit “online*” in past years when I couldn’t travel or had other commitments. It was a very good virtual conference experience this year and the Community Summit checked a lot of boxes for me and gave me the same coming together as Summits in the past. It wasn’t exactly the same (How could it be?) and they had some logistical and technical hiccups, but that is true of almost any large conference. I enjoyed it immensely.

END_OF_DOCUMENT_TOKEN_TO_BE_REPLACED

T-SQL Tuesday is a monthly blog party for the SQL Server community. This month’s party is hosted by Rob Volk (b|t), who has asked us to share some analogies that help explain databases in simple terms or as he puts it, “explain databases like I’m five.”

Recently I’ve been doing more with Apache Spark and Databricks and as a result using Parquet files which store data in columnar format. Because of this I have needed an analogy to explain how columnar databases store information and why this might be better for querying large amounts of data.

END_OF_DOCUMENT_TOKEN_TO_BE_REPLACED

T-SQL Tuesday is a monthly blog party for the SQL Server community. This month’s party is hosted by Elizabeth Noble (b|t), who has asked us to write about automating our stress away with a story about something we automated to make our lives easier.

Maybe I was influenced by the DevOps example that Elizabeth gave in her invitation post, but the first thing I thought of was a project I worked on a few years back using Amazon’s Redshift data warehouse. For most of the project there were three of us and we all came from a more Microsoft centric background. Part of the project involved a SQL Server database and we had an excellent deployment pipeline designed. We aimed to release about once a week and the SQL portion could be done in minutes, but we had not found any good CI/CD tools for Redshift and our release often used up most of the workday. Usually with rollbacks and some investigation to determine why the Dev, QA, and Prod environments differed.

END_OF_DOCUMENT_TOKEN_TO_BE_REPLACED

If you are coming from a SQL Server background one of the things that you will learn quickly about the Cosmos DB SQL API is that the language you use to write Cosmos DB SQL queries isn’t really SQL.

END_OF_DOCUMENT_TOKEN_TO_BE_REPLACED 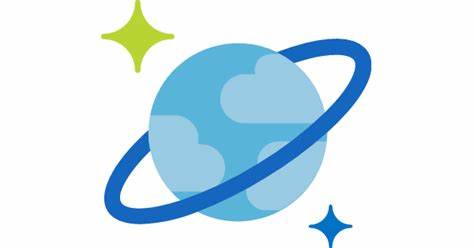 If you are curious about Cosmos DB the link above is a good place to start. The current definition of the service is much longer than that one sentence, but I like the simplicity of it. I think for many of the developers that Cosmos is targeted towards, this is really enough to know. Cosmos is a database service that you can use for the backend of your application. It works anywhere in the world that you can connect to Azure services, it works relatively quickly, and allows you to use a variety of API models to connect to it. Some of the more common ones are the SQL Core API (which grew out of Azure DocumentDB), MongoDB, and a graph API using Gremlin.

END_OF_DOCUMENT_TOKEN_TO_BE_REPLACED

It is the last week of Code Chrysalis and the last two weeks have been spent working on our final team project. In addition to all of the things we learned during the first half of the course we learned several new things to complete our project including the Facebook Graph API, NYT Developer API, Python Requests-HTML library, and AWS Lambda functions. We also stretched some CSS and design muscles a bit.

END_OF_DOCUMENT_TOKEN_TO_BE_REPLACED

For week nine and ten of Code Chrysalis the pace and focus have changed. I am now working on a final project with two of my classmates and we are using everything we learned in the course (and then some) to create an amazing web application which we will demo in two weeks. The experience has changed from an intensive learning environment and now feels more like going in to a job every day. A job that you really like.